In today's marketplace, it seems that there's an app for almost everything. With 68% of U.S. adults owning a smartphone*, why not capitalize on this audience for using an app from your business?

You might be asking yourself, "what would I use an app for?"

One way to utilize the power of an app would be at your next major event such as a conference, festival, or sporting event.

In this case, we'll use the Sioux Falls Sports Authority and the 2016 Summit League tournament.

In this example, Sioux Falls Sports Authority used push notifications to remind fans about a give-away during the Summit League tournament.

With nearly two-thirds* of American adults using social media, having a social tie-in will not only increase engagement at your event, it is also easy for users to tie in their profile without having to register for a new account.

Sioux Falls Sports Authority engaged fans at the tournament with a "Summit Selfie" section of their app. Users would share their "selfies" and the app would compile all selfies in one area for other fans to see and comment on what was happening around them at the tournament. 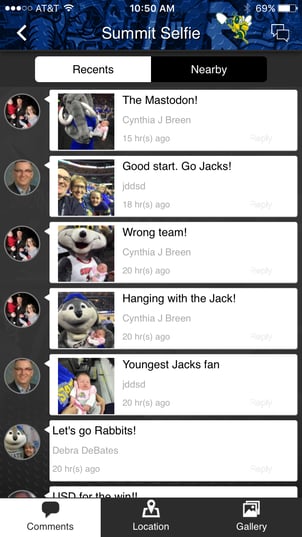 Posting your schedule of events on your app will help keep everyone on the same page during a major event. Not only can you see dates and times of an event, but users can RSVP or add the event to their calendar app so they won't miss an important time! 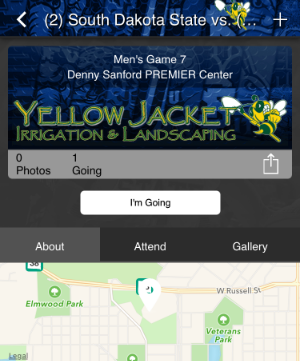 If your event is one that attracts visitors from all over, like the Summit League, having a feature with a curated list of area attractions and establishments is one to consider when building your app. Not only will users have this great resource at their fingertips, but your brand's authority will increase because of your expertise of the local area. 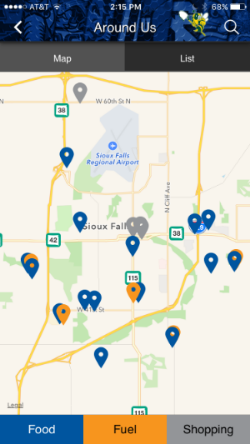 Apps can have an added benefit for your business, not only for events, but for restaurants, real estate companies, and retail stores. If you would like to learn more about what an app can do for you, contact us for a free consultation and we'll sit down with you for a live demo of app for your business or organization.

Progressive Web Apps are about to change the mobile landscape

You may not have heard of them yet, but Progressive Web Apps (PWA) are…

Your Competitors Are Going Mobile—Here’s Why You Should Too

Push notifications are key to an apps success